December was a big month for TIMBY in Liberia. The Sustainable Development Institute (SDI) had concerns that the palm oil giant, Golden Veroleum (GVL), was expanding into mature forests in the South Eastern region of Sinoe. They launched an investigation and used TIMBY to document the situation on the ground. 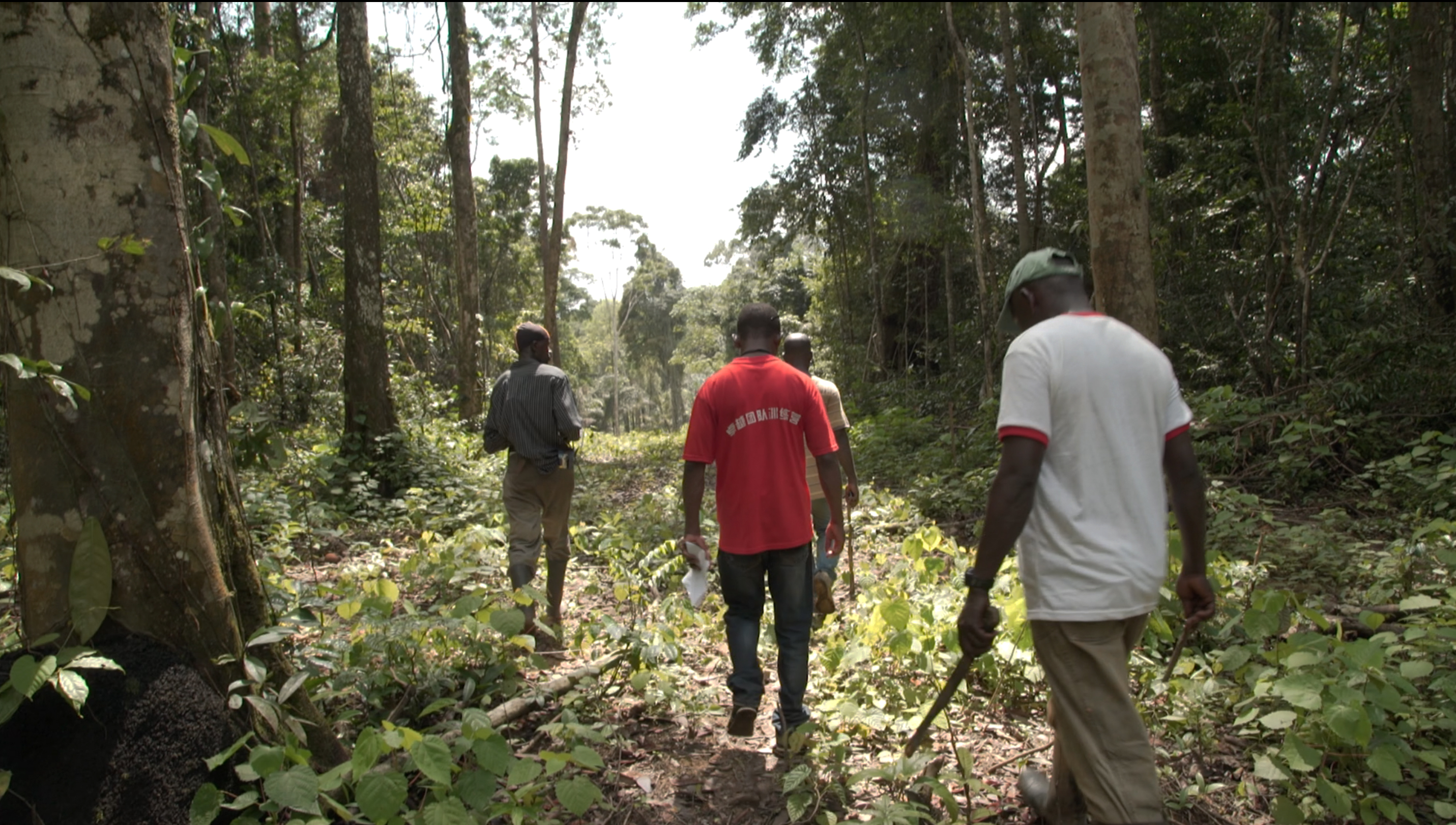 According to a 2015 Global Witness report, GVL signed a contract with the Liberian Government in 2010, allowing them to develop 2,600 square kilometers for oil palm. This area has an equivalent size of London and Barcelona put together. Forty-one thousand people live on this land, most of whom need its resources to survive.

Evidence-based reports were produced using TIMBY within two weeks, leading to discussions in Monrovia between SDI, GVL and the Forestry Development Authority (FDA). The aim of the talks was to ensure a thoughtful analysis of the best way to maintain community rights before damage is done to intact forests.

The main points of contention are: (1) the encroachment into primary forests could violate GVL’s internal policies on deforestation and (2) if forests are used, communities should benefit fairly from the resources.

SDI-TIMBY reporters made two trips into the Tarjuowon region in Sinoe in November and December 2015. They determined that there are mature species of trees throughout the GVL concession area as well as evidence of protected species, and that this could be an indication of undisturbed forests.

“We went in and examined the land they plan to use, saw their survey lines in clearly forested areas and found hunting tents consistent with the presence of valuable wild animal species,” said a TIMBY reporter.

To prevent GVL from further clearing, SDI provided its TIMBY findings to the company and to the FDA. GVL claimed the area was not primary forest because it shows signs of degradation. SDI is maintaining its claims and is following up with GPS evidence and imagery in the coming weeks.

This story is ongoing.