After years of development and careful planning, the TIMBY application is finally up and running in Liberia. Activists from the Sustainable Development Institute (SDI) have begun to weave reports from the field as well as documents uploaded into the dashboard into investigative stories that can be accessed by journalists and other activists across the world.

This is an exciting moment. TIMBY is a near real-time method of exposing poor management of Liberia’s natural resources. Rather than waiting to write a lengthy report and convincing journalists to investigate issues in forestry, oil palm, and mining in Liberia, TIMBY can provide quick, evidence-based updates on what is happening in the field. It’s a supplement to the hard work already being done on the ground by Liberian activists, but a genuinely useful one. 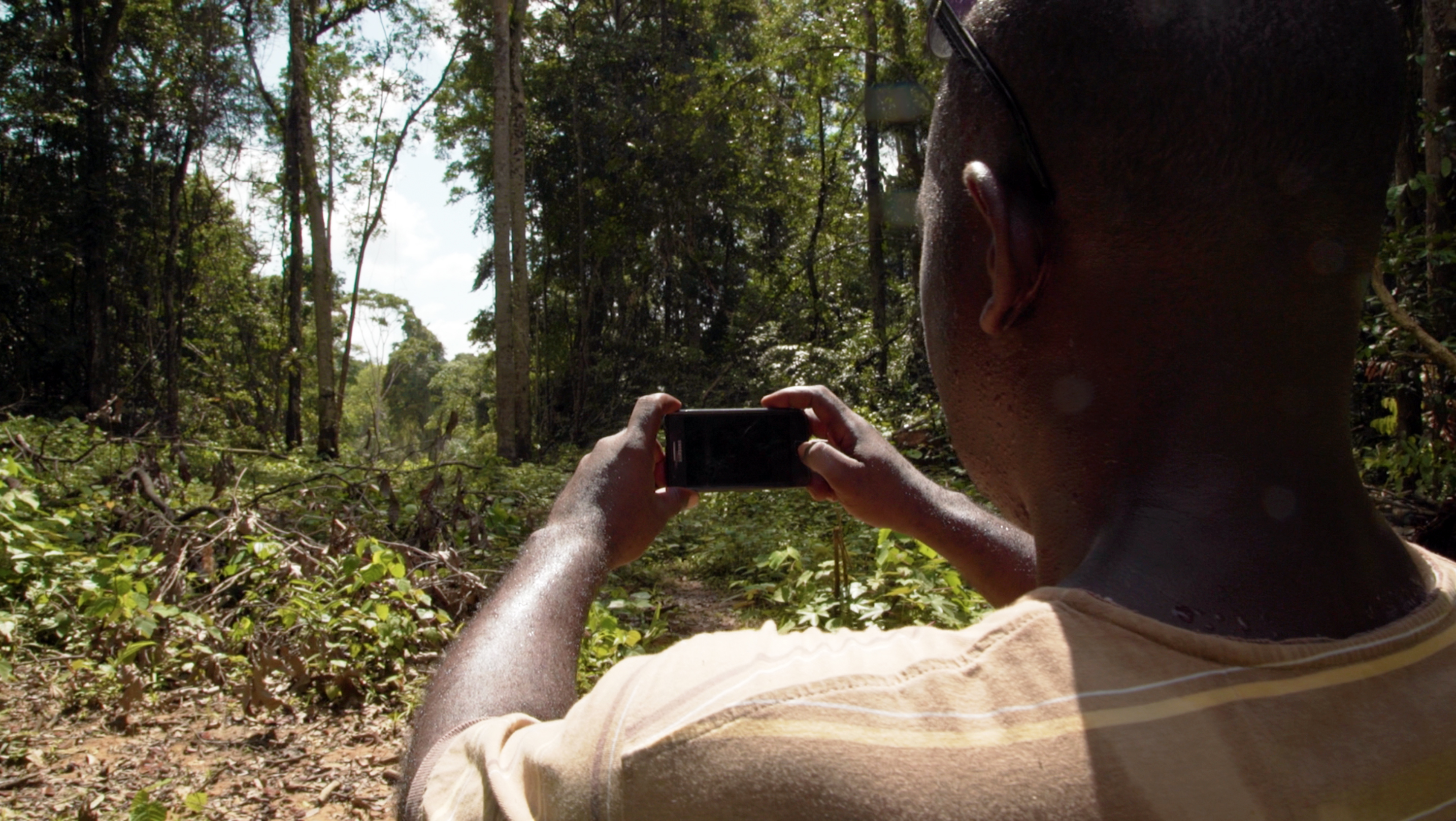 A TIMBY reporter investigates a patch of forest that has been illegally cleared.

By empowering activists to gather evidence and quickly update the world, TIMBY is amplifying their power to create change and demand accountability in a sector that for too long has contributed to poverty, violence, and exclusion in Liberia. The mismanagement of the country’s natural resources is an old story that’s had devastating consequences for forest communities as well as society writ large.

TIMBY’s operation in the field is simple. Civil society monitors use the smartphones supplied to them to take pictures and make recordings of events that take place during their missions into the field. The SDI team then seeks formal responses from the government agency or company concerned to get their side of the story. Key documents are uploaded to TIMBY’s secure server along with the audio-visual reports from the field. The evidence can then be weaved into written stories that can help narrate what SDI’s advocates have seen in the field in a way that can be easily understood and shared across the world. 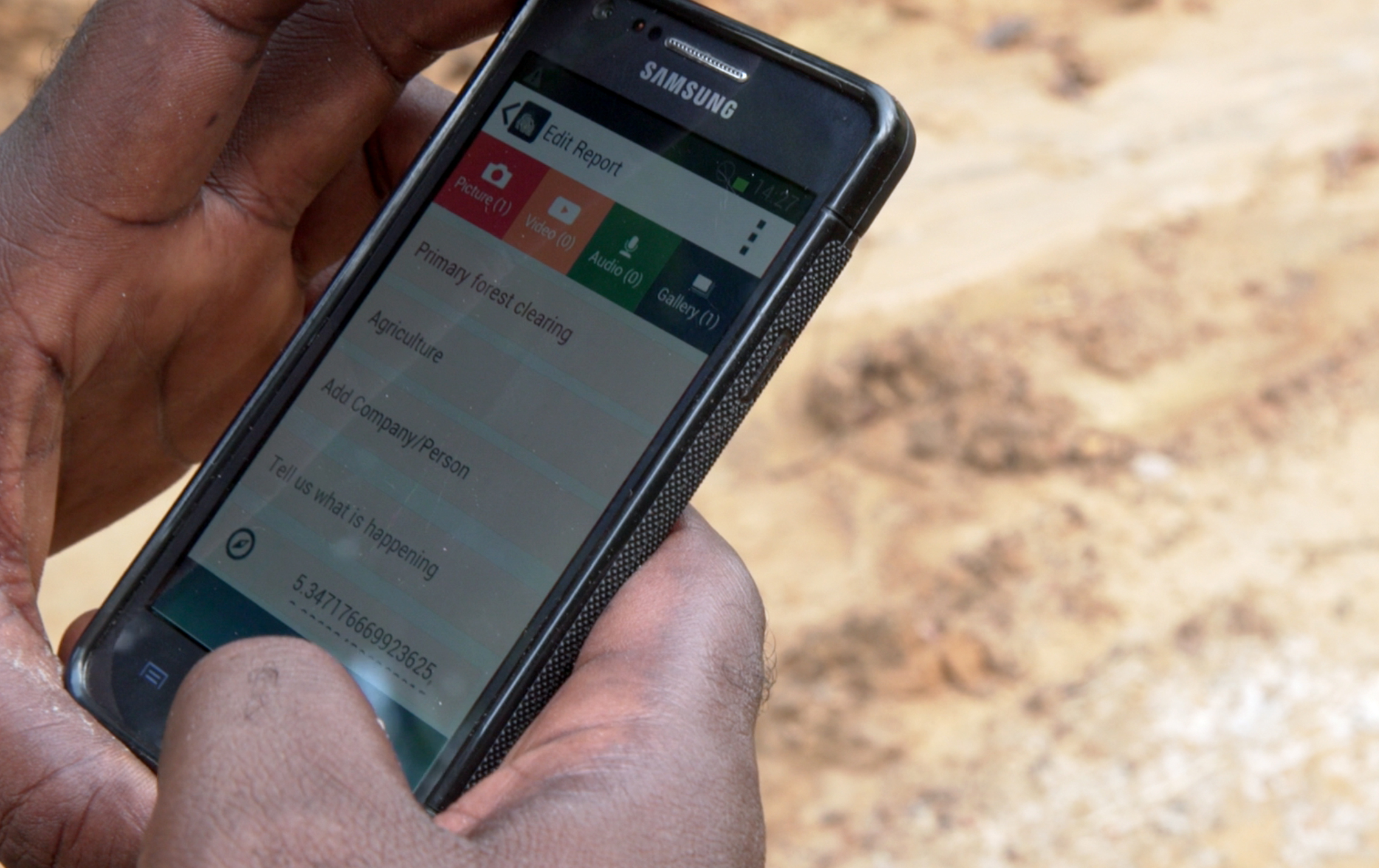 A reporter documents a forest clearing using the TIMBY app.

Already, a series of stories have gone up at SDI’s TIMBY Investigations page.

There are two two-part stories that cover major campaigns that SDI worked on in the past few years. One tells the story of the Private Use Permit scandal that rocked Liberia, where activists from SDI and its partner organizations exposed fraud in the logging sector on a massive scale. The story has never before been told from the perspective of the advocates who worked closely on the issue, and is an important piece of the historical record. You can read more about the story in Part One and Part Two.

The second two-part story covers the battle between Jogbahn Clan and the Equatorial Palm Oil company in Grand Bassa County over land ownership. EPO holds a concession agreement with Liberia to plant oil palm for export, and Jogbahn Clan is a forest community that lives in one of the areas that was granted to EPO by the government. Irreconcilable disagreements over how the land should be used and who owns it boiled over into a multi-year battle that SDI was deeply involved in. Ultimately, Jogbahn Clan won a hard-fought victory and was able to protect its claim to its land. Read more on the conflict in Part One and Part Two.

More recently, two TIMBY-based stories have gone live that provide updates on ongoing issues that SDI works on in holding the Liberian government and investors accountable for their actions.

In one, the final chapter of the EPO-Jogbahn Clan saga was written when the company and the community carried out a joint GPS mapping exercise to determine what land was off limits for oil palm. SDI staff assisted with this mapping, which represented the first time the community was able to formally set out the boundaries of its land. 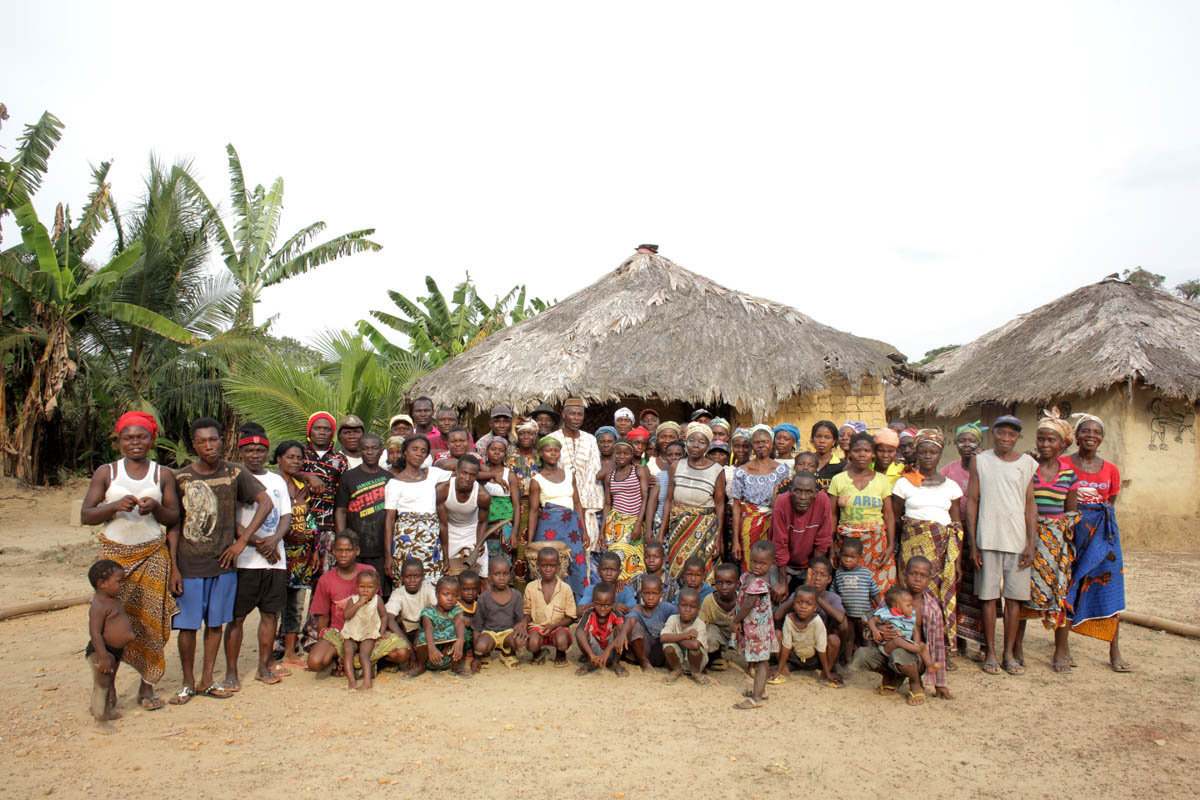 Some members of the Jogbahn Clan.

In another real-time update, SDI exposed a Forestry Development Authority (FDA) official’s attempt to hand out an extralegal logging permit in Sinoe County, where another large oil palm company is developing its plantation. 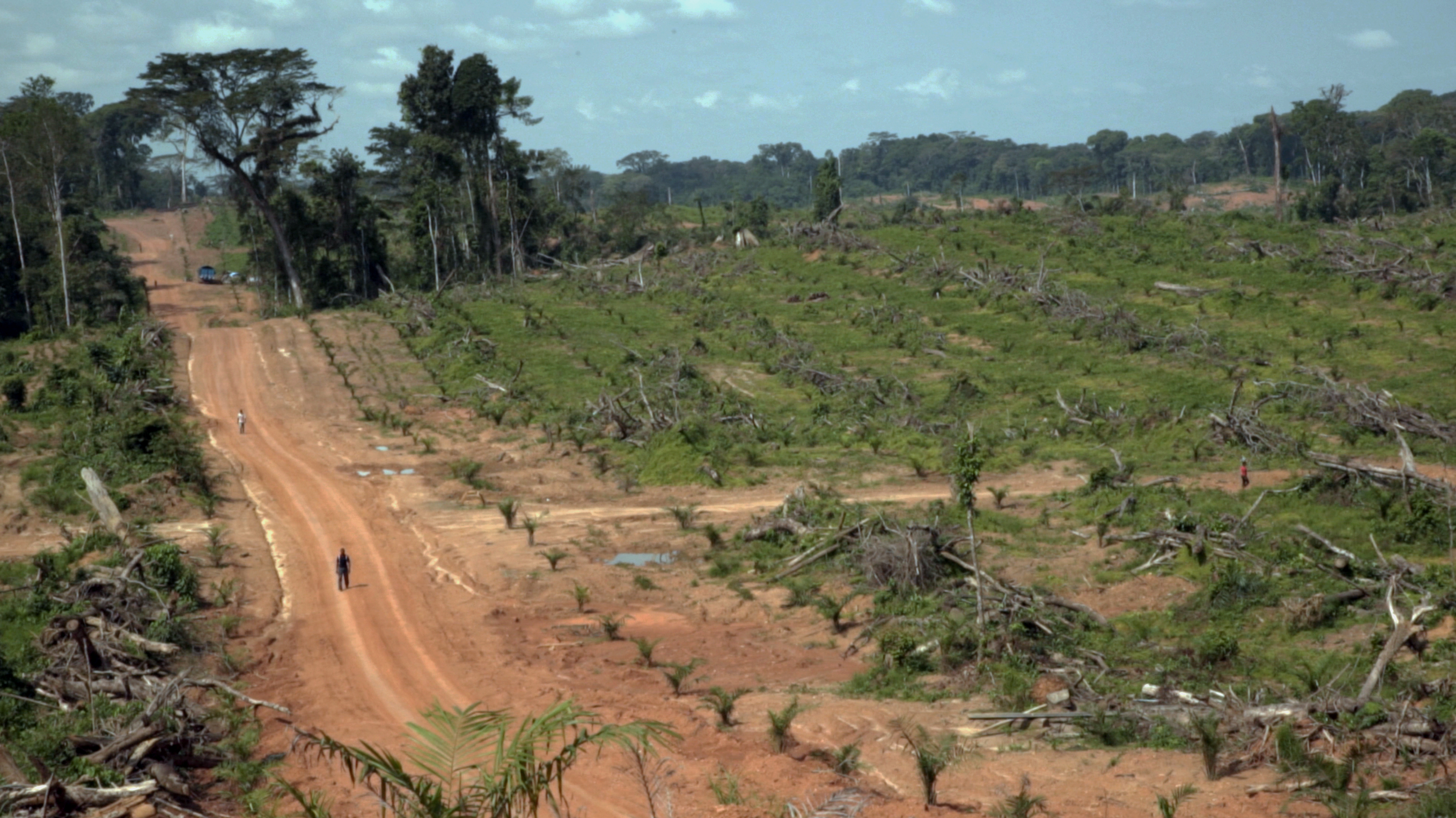 Through investigating the paper trail and putting pressure on FDA management over a series of months, SDI was able to have the logging permit rescinded. The FDA eventually clarified an important point: logging inside agricultural concessions cannot be permitted in the absence of a clear set of regulations. This was a victory for the rule of law in Liberian forestry, and TIMBY helps tell the story.

This wave of stories is only the beginning. As activists at SDI and their friends become more familiar with the technology and see the utility in publishing these updates, they will become a routine part of the organization’s public advocacy strategy. Exposing malfeasance is a crucial tool for forcing accountability, and TIMBY is an important component of SDI’s work. 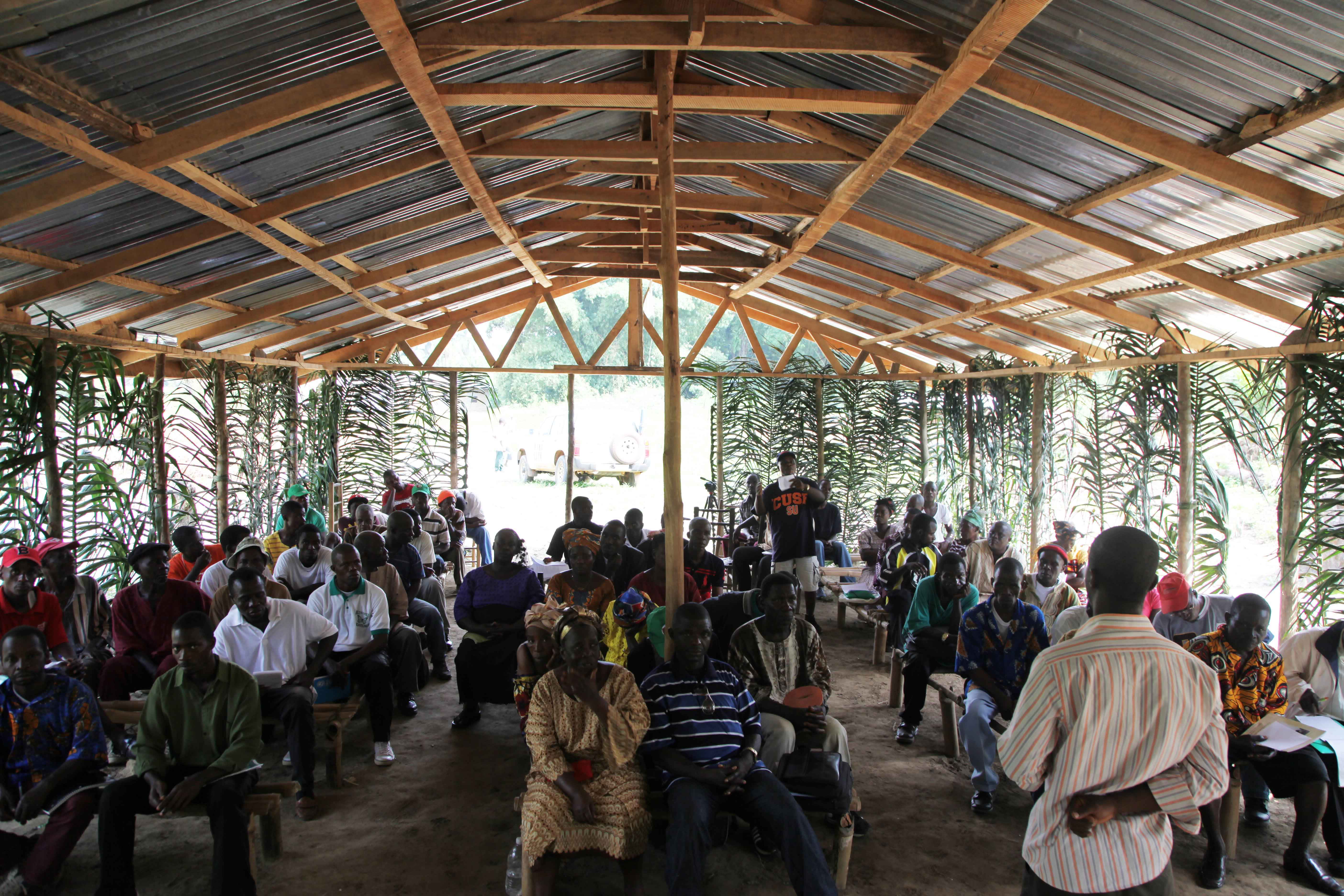 A community in Rivercess County meets about their forest’s future.

By keeping the world abreast of the work that SDI does, as well as the challenges it faces, activists hope that their efforts will be amplified by its friends and partners at home and abroad. It’s one of the clearest examples yet of the role that technology can play in helping activists carry out their mission, and we invite you all to follow our progress in Liberia and assist us in any way you can!