Late last year, while writing a story about Liberia’s forestry industry, a source dropped me a tip: in a remote forested area called Garwin – about a five-hour drive from Monrovia along a narrow dirt track - the country’s new community forestry law was falling short of expectation.

The intention of the new law was to ensure communities could access fair and direct benefits for their forests. But I’d heard logging companies were violating the law by cajoling communities into signing contracts before they’d even gotten a community forestry permit, and long before they’d set up the representative bodies mandated by that law. 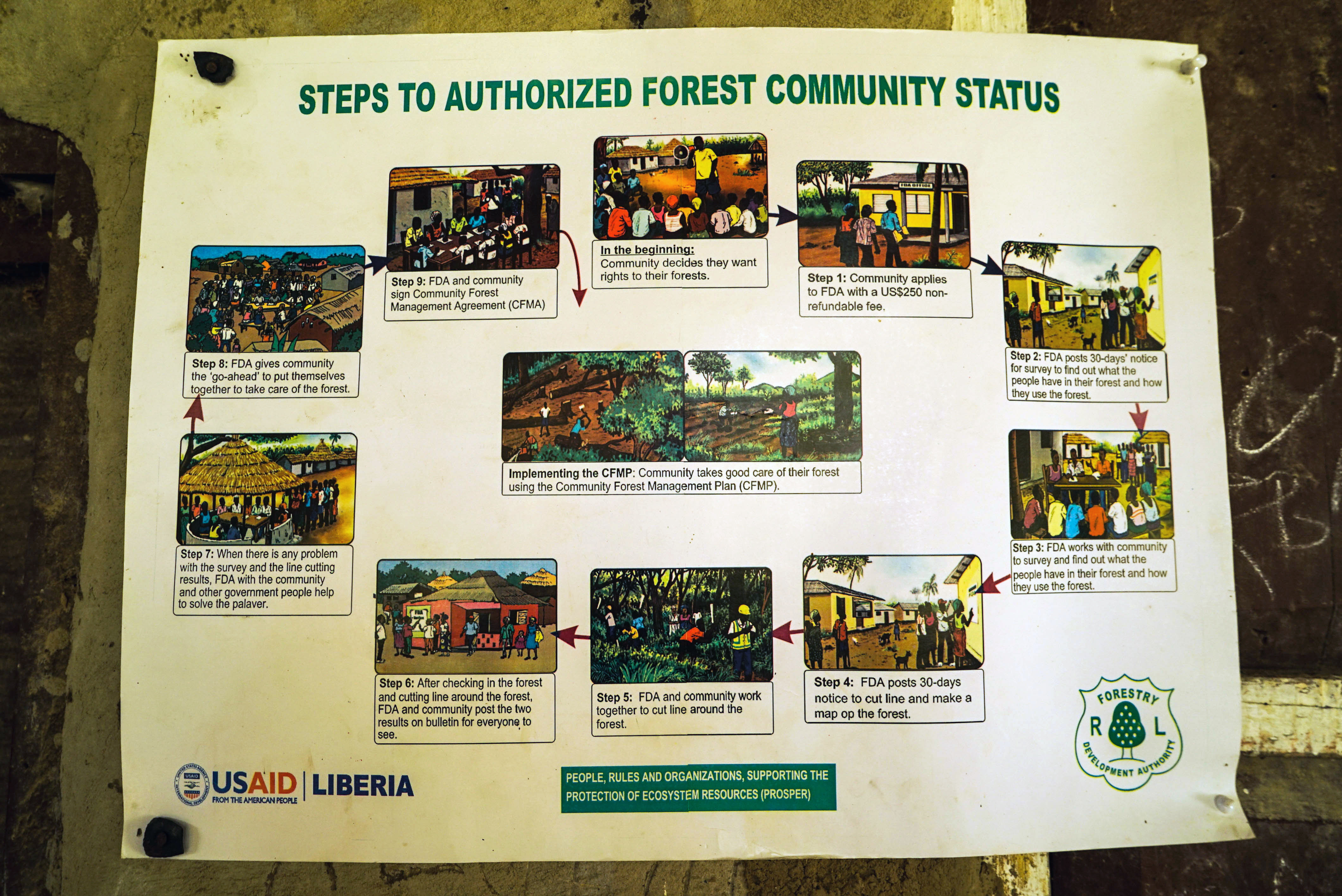 In Garwin, my source told me that a logging company owned by a high-profile family well-known in international circles was involved in corrupt dealings in a fledgling community forest. The company is owned by the family of Amos Sawyer, who was the interim president of Liberia in the 1990s, during a break in the country’s civil war.

You can read the entire story on Mongabay here.

I needed evidence and for people to go on-record about events, so I rented a sturdy vehicle and headed towards the community. If there really was a written memorandum of understanding between the company and the community in Garwin – a shocking lapse of judgment by a company that was breaking the law – I’d need to get a copy of it to back up the allegations I was going to make in the article.

Tracking Down The Story

I was able to meet a local activist : he not only had a copy of the memorandum, but also directed me to eyewitnesses who saw company representatives pressure the community into signing the illegal MOU. He even was able to confirm the presence of local government representatives at the signing ceremony – a sad, yet unsurprising sign that the illegalities were being carried out with the support and knowledge of regional authorities. 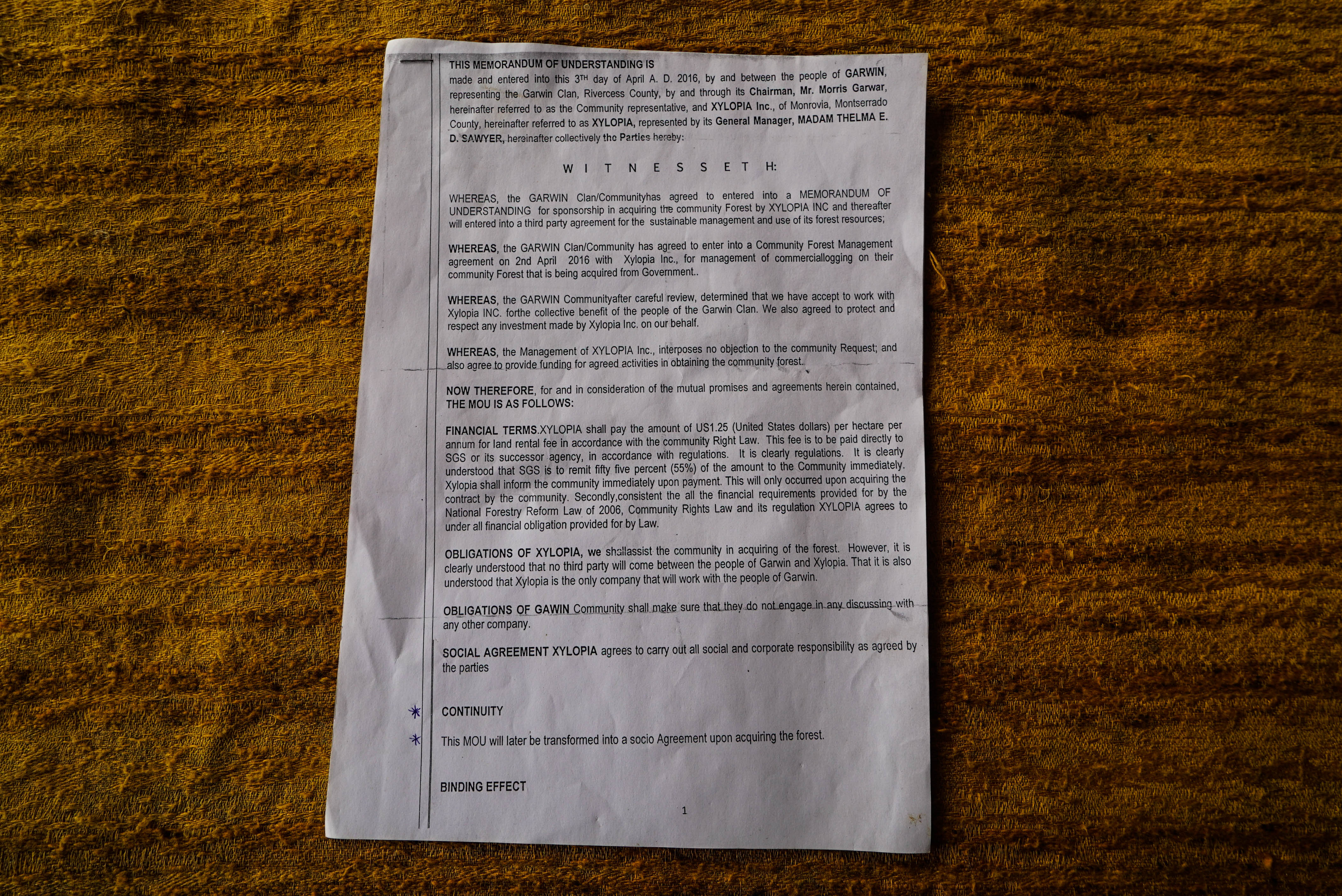 A photo of the MOU obtained by Mongabay with details of the agreement. Photo by Ashoka Mukpo.

Beyond even this one influential politician, it pointed to a much deeper systemic issue in the state of Liberian forestry law today. There are over a hundred applications in the pipeline for community forests in Liberia – nobody yet knows how much land is covered in those applications, but it’s likely to be massive, and if the situation in Garwin is being copied elsewhere, a major scandal could follow.

The State of Journalism

In this case, I was able to gather the evidence I needed to publish the story. But to do it, I had to rent a vehicle and drive for five hours into the jungle to verify it. All in all, it took a few days and hundreds of dollars in travel expenses.

Many newsrooms around the world (especially in the Global South) have cut back on satellite offices and travel stipends, making it difficult to capture these incredibly important but logistically difficult stories. In many of the rural areas where natural resource extraction takes place, there’s no phone or internet, cars or other means to get a story – let alone a tip – to a journalist.

In this case, my contact said that many in the community wanted the situation publicized, and that there were murmurs that the law had been broken, even if residents weren’t entirely sure. A clan chief had even been fired by the local government for refusing to sign the contract on behalf of his people. 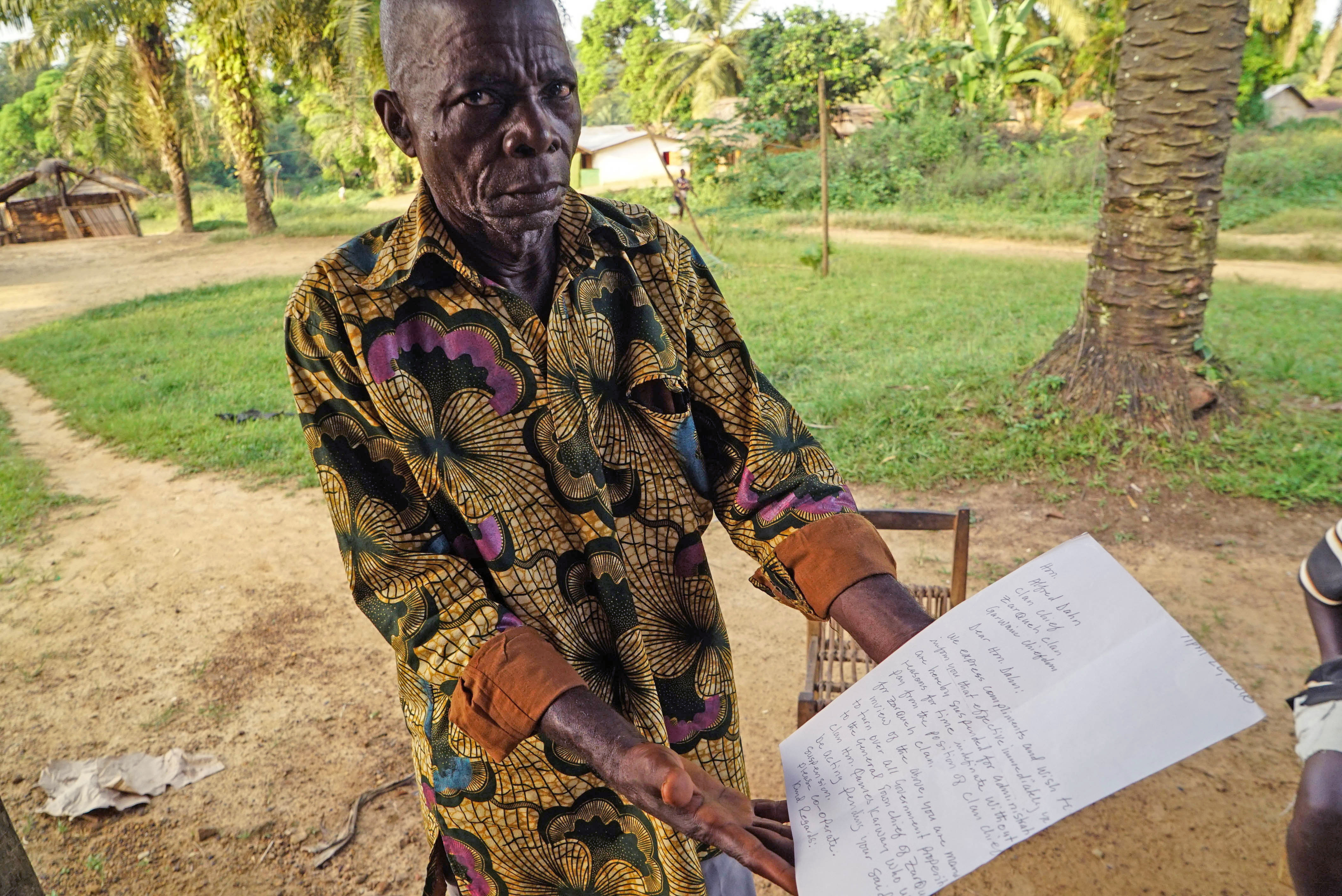 Alfred Dahn, a chief elder in Garwin, holds the suspension letter that was sent to him after he refused to sign the MOU. Photo by Ashoka Mukpo for Mongabay.

My ‘Aha’ Moment with TIMBY

It always takes a while for new technology to really ‘stick’ and for there to be that ‘aha’ moment for the people who would be most affected by it. This was my ‘aha’ moment with TIMBY.

A TIMBY phone in Garwin – linked to the expanding TIMBY NGO network across Liberia – could have been used by the community to snap a quick shot of the contract, get the clan chief on record via the voice recorder, and potentially even record the illegal signing ceremony (it was a public event).

If that information had been gathered by TIMBY in real time, I could have known about it six months earlier and would have gone into the reporting knowing the MOU existed, rather than having to track it down myself. Also, rather than spending hundreds of dollars and days in the bush, I could have sat down at my computer, brought up the dashboard and seen at least a rough skeleton of what was happening in the area without leaving my chair.

I would have confirmed the company’s name via the MOU, learned about the clan chief’s firing and have recordings of critical meetings between the company and the community – all evidence that would have made my story stronger.

It makes me pause – how many other community advocates throughout Liberia don’t have access to TIMBY or the knowledge of how to use it? Or in other countries in sub-Saharan Africa where shady, opaque behavior by loggers, miners, and governments is the norm? And how could the state of journalism on these issues be transformed if local journalists (who are woefully underfunded and rarely leave Monrovia) could just open an app that gives them leads on potential stories involving extractive industry corruption, without even leaving their desks? 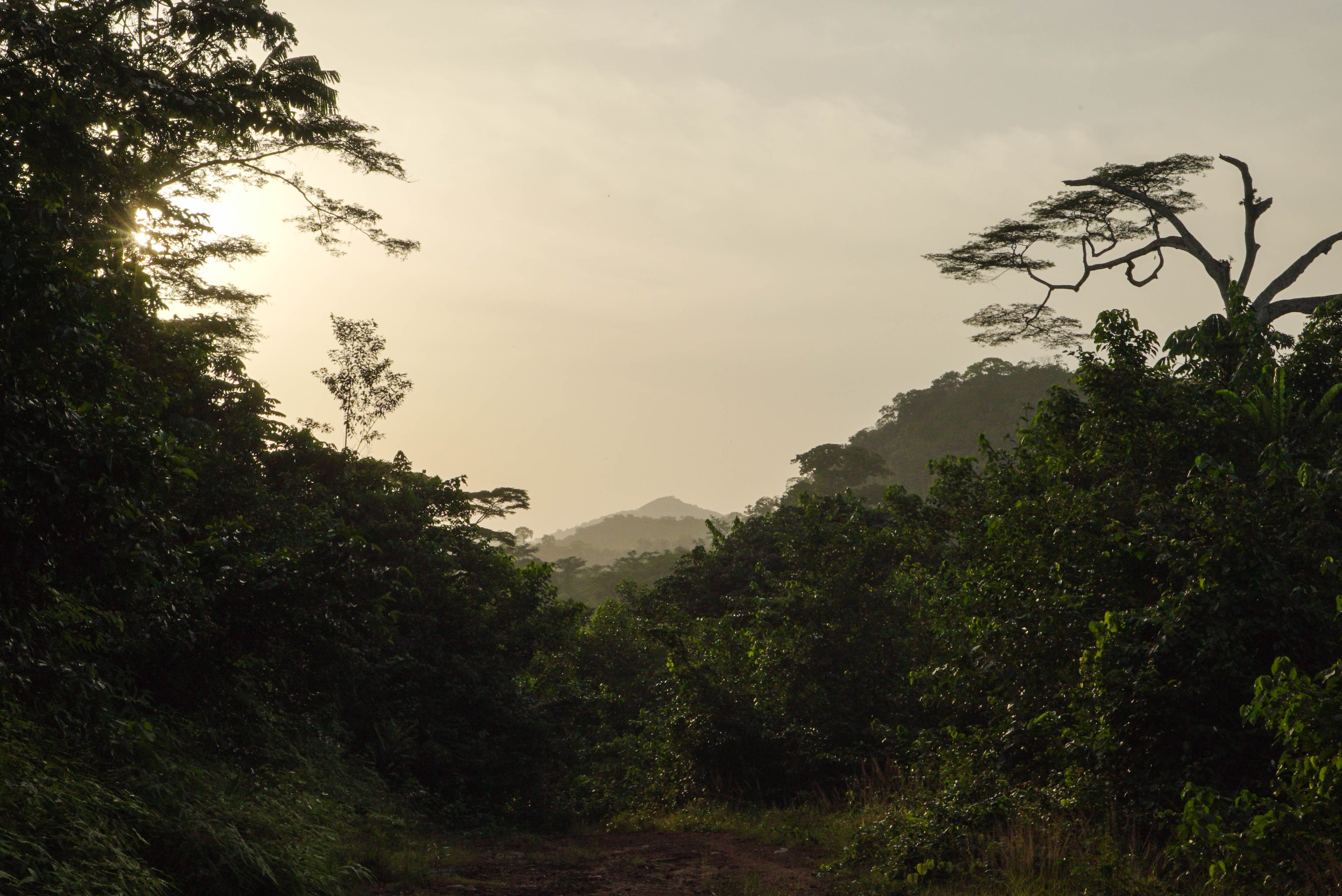 The forest near Garwin chiefdom in Liberia. Photo by Ashoka Mukpo for Mongabay.

Citizen activists across the country want to participate in their democracy – because their land and livelihoods are at stake – and those of us in the fields of journalism, technology or transparency must work together to ensure they are supported and trained how to do this safely and efficiently. In the end, it’s also going to be easier for investigative journalists to do their job.

Change isn’t a solo accomplishment. It’s the function of a chain of efforts. TIMBY is a way of forging links in that chain, and it needs support and persistence, both here in Liberia and around the world.