“We as doctors and nurses can do whatever we want in the hospital, but if attitudes and understanding don’t change in the community, then people won’t show up. There will simply be empty hospitals”.

According to Kenya’s Health Strategic Plan 2017, maternal morbidity and mortality rates (MMR) have remained more or less stagnant in the country since 1993. With a maternal mortality rate in Kenya of 488 per 100,000 live births, 8,000 women are known to die yearly due to complications related to pregnancy and childbirth. MMR rates increased despite efforts by the Kenyan Government to improve healthcare access and provision, notably with the introduction of Free Maternity Services in 2013 which abolished fees for maternity and primary health care services. The comprehensive program is rendered ineffective by the enduring lack of knowledge about what it means for women and children in Kenya, especially concerning when and where to access care and actually how appropriate the service is for these patients. In light of this, what tools are available to build knowledge on the conditions that lead women to die of these largely preventable and treatable causes even under Free Maternity Services?

Interventions to improve maternal health have traditionally been based on formal medical studies that can take years to pass ethics boards, undergo trial rounds, and to eventually publish. The lengthy research process means that results, and therefore any subsequently designed interventions, are often outdated before they can be implemented and scaled up. Additionally, many studies in maternal care are designed using a top-down approach, with medical professionals administering formal surveys or questionnaires to their patients. Though this type of research is important when trying to collect hard data on a particular topic, it may not always be the best way to obtain a real-time, realistic and holistic picture of the thoughts, beliefs or practices of target populations––in this case 16 to 25-year-old women.

“A young woman may find it hard to speak openly and honestly with an unfamiliar doctor about issues surrounding abortion, family planning, and sex education,” says Christabell Omukagah, Research Coordinator at AMPATH. “For fear of judgement, or worry that their standard of care might be affected, most people would be less likely to open up to a health care provider over any of their concerns compared to a peer outside of a care facility.” 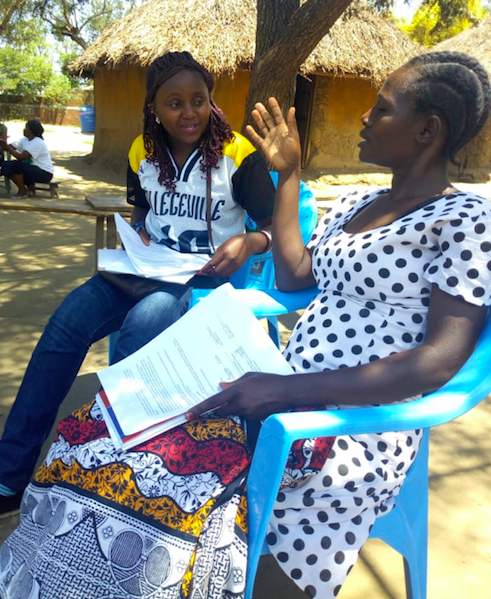 To this extent, AMPATH (a global health-focused partnership between Kenyan and American universities) has teamed up with TIMBY to design a more efficient and agile system for collecting insights on reproductive health issues from young women and other members of the community well placed to speak on these issues. Comprising both researchers and clinicians with a central mandate of providing comprehensive healthcare to reduce health disparities, AMPATH is particularly well suited to pilot this project.

In Western Kenya, where maternal mortality rates are particularly high, AMPATH and TIMBY have equipped and trained a cohort of young health reporters on themes ranging from research skills to tech training to design thinking. These reporters––trained from a group of interns, social workers and assistants, journalists––have access to not only hospitals and clinics, but also to offsite communities in a catchment area of roughly 5 million people and situational reports during periodic doctor and nurse strikes. During one instance, TIMBY was quickly mobilized during the 2016 health workers’ strike,enabling reporters to collect information in real-time on the effects on the population. 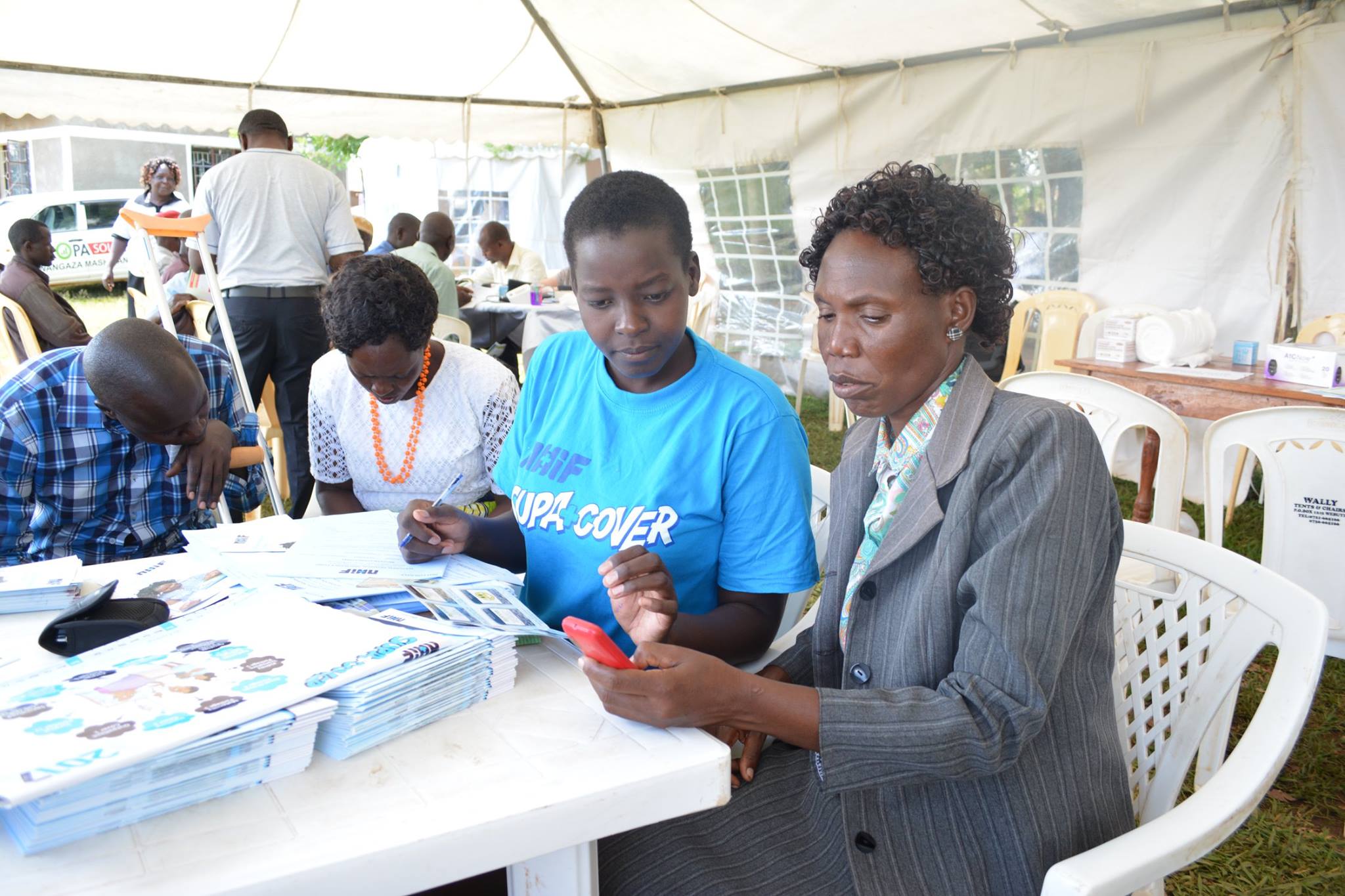 “It’s about learning from the users of healthcare,’’ says Dr Caitlin Bernard, Team Leader at AMPATH. “Engagement with communities in the development of the Kenyan government’s Free Maternity Services plan was minimal to none, but TIMBY reporters have a route to understanding what people actually know about the services available to them – pre-maternity, health facilities, clinics, etc – and what their positive and negative experiences have been.” Whereas official surveys require doctors and researchers to stick to the script, the team of young reporters has more flexibility to explore the root causes of observed problems. The system enables women who are directly affected to speak openly and in greater depth than a traditional close ended survey. TIMBY allows reporters to dig for information, yet be flexible and open to other issues that may come up through the course of the interview, inviting new (and often unexpected) discussions.

At the point where the actors in Kenya’s health care landscape are becoming increasingly diversified, communicating gaps in healthcare service could ultimately help doctors and public health officials design better interventions. The team in Kenya is currently on the ground and working on interviews, recording everything with the help of the TIMBY app. In the short term, they hope to be able to gather and share information about the real reproductive health-related issues facing Kenya’s population. With over 100 verified reports, the team has already begun to identify common themes and trends. For instance, on the issue of sexual education, Christabell explains that many reports cite the fact that while there is a general reluctance to teach on sexual and reproductive health in schools, the current existing curriculum is not comprehensive enough. This means that many young people lack basic and essential knowledge on sexual and reproductive health. This knowledge gap is one of the first significant findings of the pilot project. 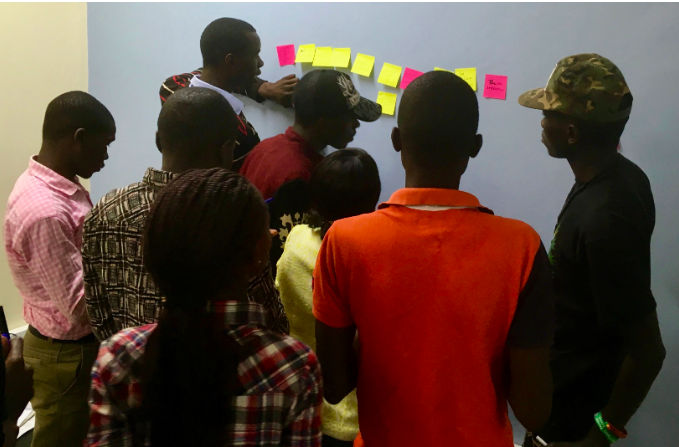 TIMBY and AMPATH reporters during a training session

By engaging communities in health problem-solving and supporting health workers as an information delivery platform, TIMBY aims to provide a means by which the voices of the targets of programs such as Free Maternity Services can be incorporated more easily at a policy level in the Kenyan health sector. This is an exciting emerging partnership: pending greater funding, a greater variety of individuals, especially young women, can be trained on the technicalities of reporting. Moreover, TIMBY reporting could be expanded to other areas of the health-care system, such as into evaluations of health insurance provision among vulnerable populations, and could also scale up geographically. The themes of the reporting project continue to diversify, with communities giving feedback to reporters on issues such as improved service provision and ongoing stigmatization around chronic diseases like diabetes and HIV/AIDS. The holistic understanding that TIMBY is helping to provide is one of the first of its kind in the Kenyan healthcare system, and has the potential to make a significant impact on a problem that seemed intractable for many years. You can read some of the stories created using the TIMBY app, dashboard, and story-telling tool at AMPATH’s website.