Among internet-based messaging platforms in India, WhatsApp is king, boasting more than 400 million users as of July 2019. As data costs decrease in the messaging service’s biggest market, WhatsApp is quickly replacing SMS as the way most Indians communicate with their friends and family. For NGOs in India, it’s no different: WhatsApp has become one of the primary ways in which groups spread public information and communicate with donors and supporters. However, less is known about how widely WhatsApp is used by NGOs to collect and manage sensitive information, communicate internally, and organize activism. This comes as the Indian government cracks down on communication companies in India, especially those which employ end-to-end encryption in their service like WhatsApp. Weakening encryption has the potential to seriously jeopardise the security and privacy of NGOs, especially those working to advance the rights of minorities persecuted by governments.

Previously, communications laws in India have allowed the government to demand that platforms take down posts deemed inappropriate. But sweeping traceability rules that are set to be introduced in the coming weeks would permit the government to force digital platforms that have over 5 million users to provide the originator and content of specific messages. For WhatsApp among others, this disclosure would require it to disband the end-to-end encryption that allows only the sender and recipient to see the messages sent.

Considering the tide of discontent across India at the beginning of 2020, with ongoing government raids, increasing confrontations with police, the introduction of controversial citizenship laws relating to Muslims, and internet outages, secure and streamlined channels of communication and data-gathering are desperately needed to ensure the safety of all. The upcoming rules pave the way for the curtailing of free speech by the Indian government. WhatsApp has continuously resisted the Modi government’s requests to stop end-to-end encryption, and little is publicly known as to what will happen in the coming weeks. 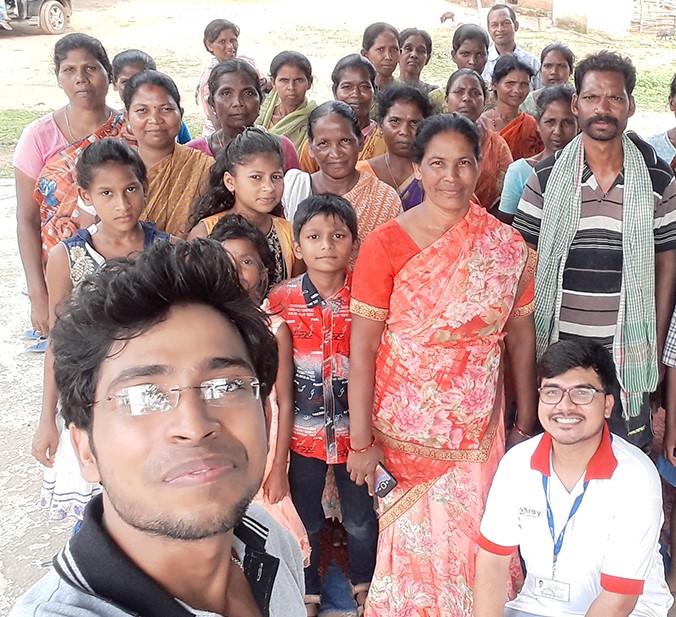 NGOs on the frontline of new digital communications rules

For the South Vihar Welfare Society for Tribal (Ashray), a social development organisation in North-East India that combats human trafficking within marginalised communities, WhatsApp’s end-to-end encryption has for several years made it the safest and easiest way to communicate internally. Soumi Dutta, the leader of Ashray, is the admin of 30 WhatsApp groups for her 87 staff members across 13 districts in the state of Jharkhand: a hub of India’s trafficking industry. Soumi uses WhatsApp to quickly and safely receive updates from the field about intercepting, relocating, and rehabilitating trafficking victims, as well as to broadcast messages to her teams across the state. It’s all highly sensitive information that is at risk with the new traceability laws.

Soumi believes that Ashray’s work with minority Muslim groups (which make up 30% of those rescued from trafficking rings), could be complicated. The proposed traceability rules could theoretically be used to collect and store information on Muslim, Dalits and Adivasis (tribal people) and used to potentially blackmail or undo the rescue and rehabilitation work that Ashray does.

Data collection and management beyond WhatsApp

The coordination of information via WhatsApp from Ashray’s staff in the field can be overwhelming.

“The problem is that I get so many photos and videos from so many places and groups, that it takes a lot of effort to download files, fact-check, separate them on a district level, and then put them together into a format that is usable for a report or campaign”, Soumi explains. “Also, there is the need to understand a particular message or piece of media - what was the geo-location, what was the exact date and time?”. 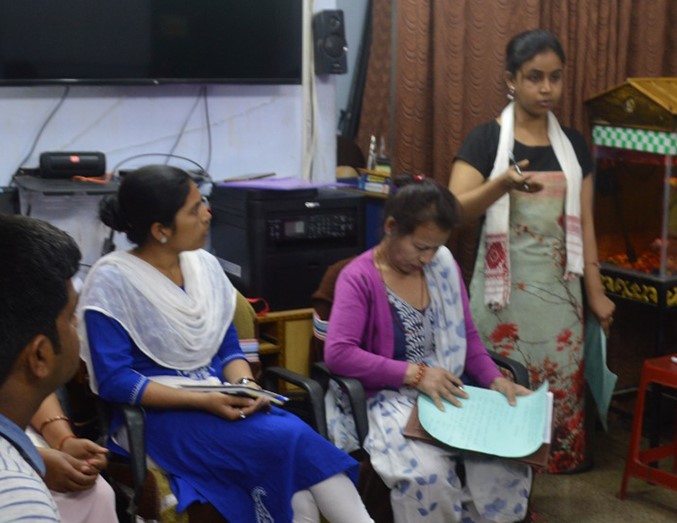 As part of an initiative to secure and streamline Ashray’s anti-trafficking work, Soumi’s staff have transitioned to using the TIMBY mobile app to create encrypted, geo-referenced, and time-stamped reports that include media, tags, and text descriptions. The project aims to make data collection, storage, and management safer and easier in the context of the new communications laws, greatly reducing the reliance on numerous WhatsApp chats across Ashray’s network.

“Although it is still early and my staff are getting used to relying less on WhatsApp to do their data collection, having the ability to add media and narration in one report and having it automatically stamped with the time and location is making life easier for everyone,” Soumi explained. “I can now work with my team to bring together similar reports to see trends and look at hotspots on the TIMBY dashboard map view.” The TIMBY widget is also helping her case managers document emerging situations quickly with the touch of a button.

Soumi predicts that the TIMBY system will help her case managers – who are not all technologically savvy – create case studies of trafficking victims who have been rescued, rehabilitated and reintegrated through Ashray’s work. By sharing select stories created through TIMBY’s content-creation tool, Soumi would like to use ‘testimonial therapy’ to connect affected people and as a means of outreach. 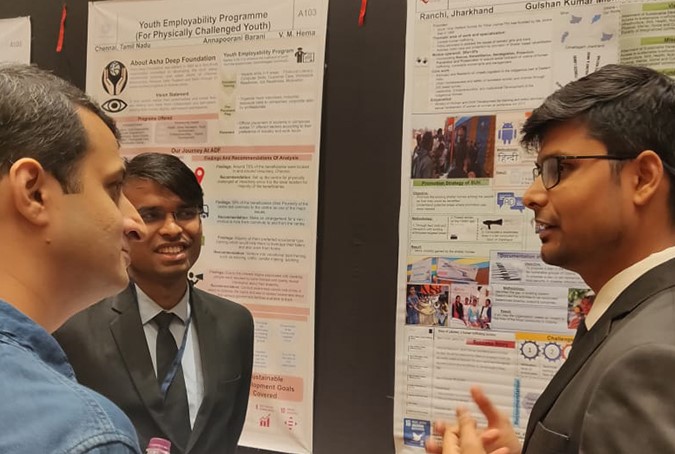 NGOs collecting, storing, and managing sensitive data must be vigilant. All over the world, governments are putting pressure on technology companies to comply with laws that erode privacy rights and security. Even in countries like the UK, and Australia, new laws allow governments to force companies to hand over encryption keys and decrypt data. We need to do much more to make communications for NGOs safer. That is why TIMBY is further strengthening our infrastructure and looking at developing in-app encrypted messaging in collaboration with our partners throughout this year.

In the meantime, you can read more about the work that Ashray is doing with the TIMBY app, dashboard, and story-telling tool on their website.