We live in an era where nearly every aspect of life is influenced and shaped by how it looks through the lens of the media. From our relationships to our politics, the images on screens that we spend hours every day staring at, define how we think about the world. On an individual level, we’ve slowly adjusted to the new reality that how we shape our ‘brand’ on social media can influence the way people perceive us, and even whether they think we’re worthy of their respect.

The way we approach social change hasn’t been immune to this process. In fact, it’s the blossoming of an environment that big non-profits and advocacy organizations grasped a long time ago. Branding matters, particularly when you need people’s money to achieve your goals, noble as they may be. Large humanitarian organizations have entire departments full of talented media professionals, whose job is to convince you that their work is vital and deserves your support, both moral and financial.

This isn’t necessarily sinister or bad; many of these organizations do important work. But the resources they have at their disposal to center themselves in the global public eye is hard to compete with and in important ways we’re missing the real story of who is driving genuine change, and how.

During the 2014 Ebola crisis, many compassionate onlookers in the United States and Europe wanted to help the only way they felt they could: with their wallets. One of the most common questions people asked me while I was there was to whom they could donate. My response was usually to point them towards Doctors Without Borders or the International Medical Corps but I always felt slightly uneasy doing so. I knew there were good local organizations doing vital awareness and community organizing work that was as important – if not more so – than the emergency response efforts being carried out by big name NGOs. But the local groups didn’t have websites or fundraising mechanisms that I could link people to.

In the aftermath of the outbreak, research showed that the trust local organizations and youth groups built inside infected communities was invaluable in preventing a catastrophic spread of the virus. Without their influence, no amount of treatment units, foreign medical staff or blood testing equipment could have contained the outbreak.

Across the world, the vast majority of the critical work being done to challenge corruption, push reform and protect people’s rights is happening at a local level that largely escapes the glare of the media, except on rare occasions. Civil society groups, activists and journalists who live and work in the countries they’re trying to influence have an intimate understanding of the politics and society in their backyards. They also have an ability to organize grassroots resistance by building trust among marginalized groups and they take the biggest risks in fighting for a better future for their fellow citizens so it’s much harder for corrupt interests to dismiss their advocacy as colonialism or foreign meddling. Most live on shoestring budgets, and their organizations don’t have the money or know-how to get the word out about the challenges they face or the victories they accomplish. Both the real threat of local groups and their lack of visibility is in part why these local advocates are killed or jailed at alarmingly higher rates than their foreign counterparts.

I worked in Liberia for two years with one of TIMBY’s partners – the Sustainable Development Institute – and I saw first-hand just how important and effective the work of grassroots organizations can be and the opportunities that could come from raising their voices to the world. 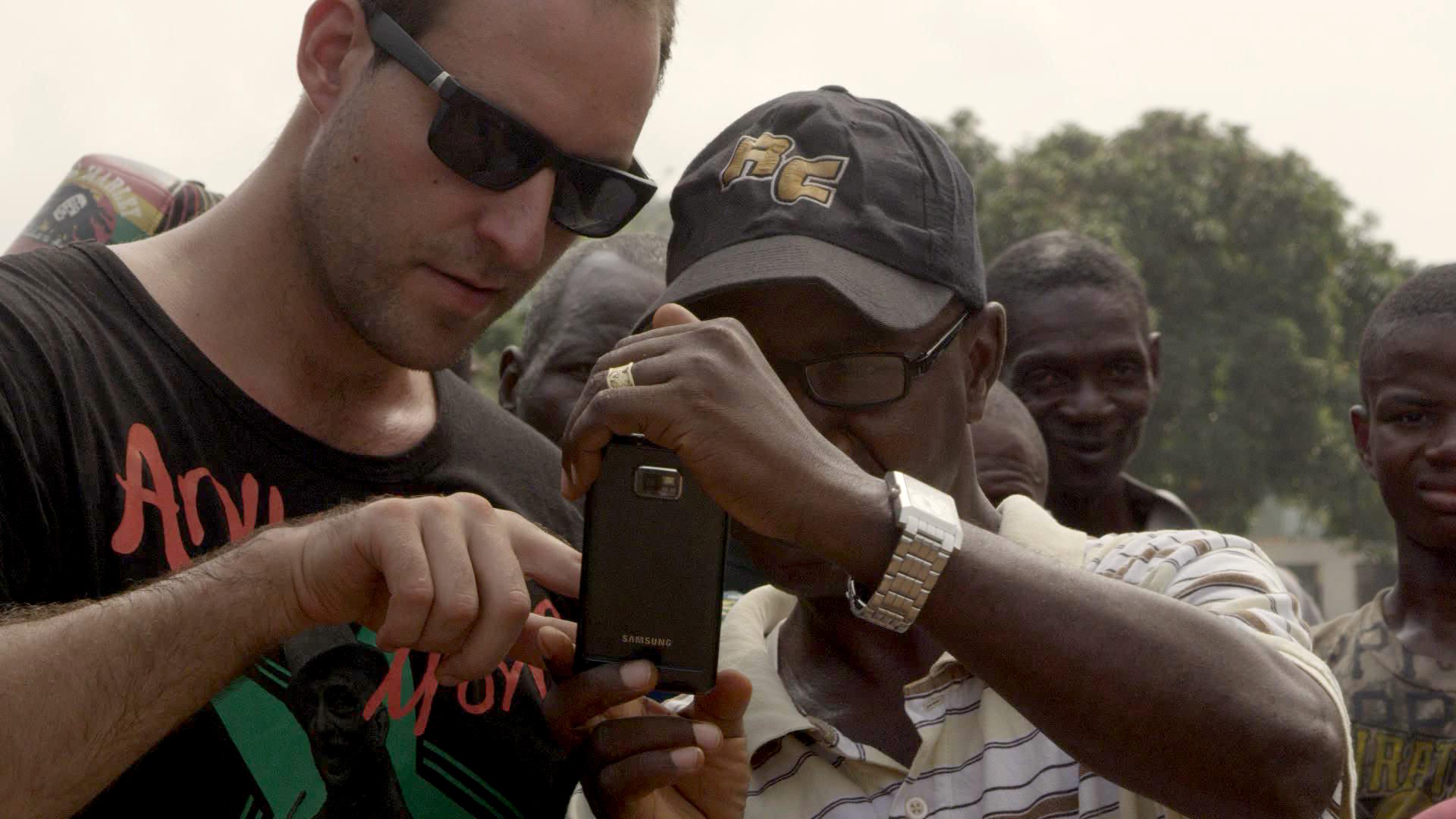 Ashoka and a citizen reporter create TIMBY reports in Liberia.

Projects like TIMBY are a reflection of a balancing process that’s happening in the human rights and “development” world, where local change-makers are slowly being centered in cosmopolitan advocacy towards progressive humanitarian values. Instead of ‘swooping in’ with a crack team of researchers and technical experts, there’s been some evolution towards understanding that strengthening the capacity of local organizations and finding creative ways to support their work is a far more thoughtful and impactful method of tackling human rights abuses and exploitation.

With TIMBY, the tools to monitor and construct narratives about abusive resource extractors are in the hands of those who can do the most with them: local activists. TIMBY allows activists to decide how they’d like to present evidence of misconduct, and gives them the opportunity to set the tone of how the rest of us approach that misconduct. This is a crucial point. International advocates have a role to play in working towards change, as do the media, foreign policymakers and other international institutions. But instead of brushing aside the most knowledgeable voices in favor of our own ‘expertise,’ we have to recognize that effective human rights campaigning should almost always be directed from the ground up. If we want to see a change in Liberia, Congo or Cambodia, our first step should be to support local advocates and amplify their efforts, not try to direct them.

It’s likely to be a while before popular attitudes toward grassroots activists in the global south changes to accurately reflect the real division of labor in the human rights and development world. Our notions of who creates change and how, are too firmly rooted into our psyches and strengthened by the distortion of humanitarian marketing efforts. But what we can do is find ways to support ideas and programs that put tools in the right place: into the hands of the local activists, advocates and reformers on the frontlines.